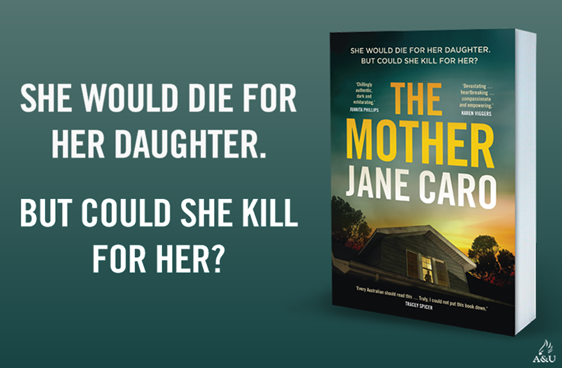 Seen but not Heard

Jane Caro’s gripping new novel, The Mother, is a suspenseful examination of domestic violence and a court system that fails to protect. In one scene, Caro describes a husband using an open-handed chokehold that leaves no marks. As I raced through her pacy novel, part of me hoped this revelation regarding strangulation technique didn’t fall into the wrong reader’s hands (so to speak). Yet, I know misogyny is only a google away and shared on INCEL forums and men’s rights tweets. Or in texts like the ones Johnny Depp sent, threatening to rape his ex-wife’s murdered corpse and humiliate her on a global scale, “she’s begging for total global humiliation…. She’s gonna get it[SA1] .”

I am sure I am not the only woman angry in the aftermath of this terrible verdict. When the jury judgement hit the headlines, that seven simple folk in Virginia decided Amber Heard, a 36 year old American actress, made up allegations of domestic violence and suffering under a rageaholic and drug-fuelled boyfriend/husband, Johnny Depp, I sobbed and scrolled, tears dripping into the keyboard and tissues piling in my pockets to blizzard my laundry in the weeks ahead.

I work as a sexual assault counsellor and with victims of domestic violence in Canada and Australia. Daily, my clients are faced with broken court systems that force women and children to endure trial with the burden of proof that an act or long series of acts of violence which occurred behind deliberately closed doors did indeed happen to them. All while the guilty party sits smugly behind his barrister and denies. The victims are “seen but not heard”, and the guilty go free to abuse again.

The victim is generally without more evidence than her words, as fear or love or some crazy hope this is the last time prevents her from calling the police to gather forensic evidence until too late. Even then, forensic evidence can be explained away as a fall or consent to cast sufficient doubt regarding the origin of the bruises or DNA. The most dangerous perpetrators are experts at covering their tracks. Beyond a shadow of doubt is a near impossible bar to meet in a court room in blame and shame trials that devolve to he said-she said and she’s lying.

Caro’s new book offers slow burn suspense as the reader waits for the question on the cover to be answered, “she would die for her daughter, but would she kill for her?” Her protagonist, Miriam Duffy, is an ordinary mother and real estate agent in the affluence of Sydney’s Northern Beaches, with a picture-perfect life of manicured shrubbery and contented marriage, until page by page this unravels. Caro expertly recreates the shifting ground of coercive control: the volatility, denial, and covert threats. Her anxious mother and overwhelmed daughter characters are believable and empathetic as they gradually sink into a living hell just below the glossy surface of their suburban Australian lifestyle, with a police force and court system that are by turns unwilling or unable to save them from harm. This recently published novel is the invisible story of thousands of Australian wives, women and children, who live in fear of dangerous partners in the lonely outback beyond leaving home to end the violence.

This novel is also a must-read for anyone who would like to understand the story behind the sensational Heard and Depp headlines and porn-candy tabloid. Depp had already been tried and found guilty of twelve counts of domestic violence against Heard in a UK court. There is visual, written and audiotaped evidence of his abuse. She was only a twenty-five-year-old ingenue when she became involved with the powerful forty-eight-year-old Depp in 2012. At their wedding in 2015, he allegedly said to his best man “now I can punch her” as they left the ceremony. Yet the ravings of one uber-privileged alcoholic white man are less surprising than the vitriol of the hundreds of thousands of Depp supporters and Heard haters who have filled the social media space with furious memes and brutal threats. Most disturbing are the alleged victims of violence who weigh in against Heard, a fellow victim, to take the side of a known “wife-beater” – as the British newspaper the Sun established in their 2018 win against Depp’s defamation case.

After a storm of tears and broken sleep, I realised this tabloid court judgement affected me profoundly due to the message given to every single survivor of domestic violence; that the abuse may continue to be perpetrated for years after the relationship ends, costing reputation, dignity, and continued financial and psychological devastation. By the highly publicised nature of this mockery of a trial, Amber Heard and every other victim of domestic violence worldwide have been silenced by the verdict. To speak up is to suffer more.

Good onya, Jane Caro, for speaking up and writing a true and compelling portrait of coercive control and the systems that abet gender-based violence.  Many will recognise Caro as a recent independent Senate candidate and a Walkley Award winning journalist. Her debut novel, The Mother, is set in NSW where coercive control in domestic violence is not yet recognised by the courts. Caro’s book chillingly mirrors failures in the court system to protect women and children who die every single week in domestic violence. Media that casts Depp as a victim of violence doesn’t reflect the dynamics of “self defensive or retaliatory violence” – a woman baited to the breaking point tapping a fist against a perpetrator’s chest does not constitute the real harm of a pattern of acts of terror and threat by a powerful male perpetrated over months and years. Caro depicts these realities brilliantly in this must-read new novel.

Amber Heard left the abusive marriage with Depp in 2016, and six years later she is being punched and pummelled by bloodthirsty media and a patriarchal court system. If Heard was silenced for a careful reference to herself as an “a public figure representing domestic abuse”, which did not name Depp or any other perpetrator, then we have collectively been gagged and beaten with the same stick. A 2021 US study revealed that more than 1 in 5 school students who reported sexual assault faced counter defamation suits. The victim re-victimised by the system. At the personal level, as a writer, my stories and your stories, become subject to the same censorship, the same silencing.

In a 2018 Washington Post article, Heard wrote, “I felt the full force of our culture’s wrath for women who speak out.” Yet, she had the courage to speak up, to be seen and heard, though the storm she endured then has turned into a global hurricane that threatens the start of an anti-feminist anti-female Ice Age – a climatic tipping point for the rights of victims and for all writers who expose abuse or speak up about trauma.

Crying with you, Amber, and still speaking up.

See What You Made Me Do, Jess Hill, Black Inc Books, 2020 Stella award winner https://www.blackincbooks.com.au/books/see-what-you-made-me-do

SBS series on coercive control See What You Made Me Do

2 comments on “Seen but not Heard”

Receive The Creative Remedy updates to inspire you in living a wholehearted, healthy and creative life